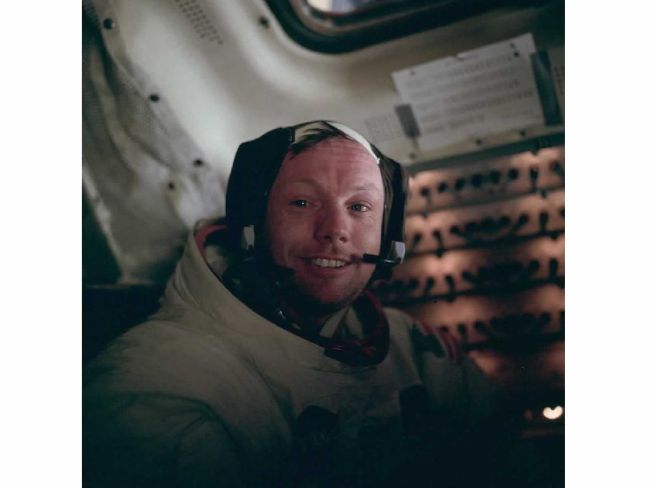 Neil Armstrong was a NASA astronaut most famous for being the first person to walk on the moon, on July 20, 1969. Armstrong also flew on NASA's Gemini 8 mission in 1966. He retired from NASA in 1971 and remained active in the aerospace community, although he chose to keep mostly out of the public spotlight. Armstrong died Aug. 25, 2012, at age 82.

Armstrong was famously reticent about his accomplishments, preferring to focus on the team that helped him get to the moon rather than his own first steps. "I guess we all like to be recognized not for one piece of fireworks, but for the ledger of our daily work," Armstrong said in an interview with CBS's "60 Minutes" program in 2005.

In another interview, when asked what it feels like to have his footprints remain on the moon's surface for thousands of years, Armstrong said, "I kind of hope that somebody goes up there one of these days and cleans them up," The Independent reported.

Armstrong was born in Wapakoneta, Ohio, on Aug. 5, 1930, to Stephen Koenig Armstrong and Viola Louise Engel.

Armstrong became a test pilot for NASA (then known as NACA, the National Advisory Committee for Aeronautics) and flew the X-15, a rocket-powered, missile-shaped aircraft that tested the limits of high-altitude flight. During his long career as a pilot, Armstrong flew more than 200 different aircraft, from jets to gliders and even helicopters.

In 1962, Armstrong was selected to be part of NASA's second group of astronauts, who flew on the two-seat Gemini missions to test out space technology, and the three-seat Apollo missions that ultimately took 12 people to the surface of the moon. Armstrong's first flight was as command pilot of the Gemini 8 mission in March 1966 — the sixth crewed mission of that series.

Armstrong and pilot David Scott completed the first orbital docking of two spacecraft, joining their Gemini 8 spacecraft to an uncrewed Agena target vehicle. However, the two-man crew experienced a serious problem when a thruster on the Gemini 8 spacecraft became stuck open. With the astronauts whipping around faster than one revolution per second, Armstrong managed to gain control again by using the re-entry system thrusters. The event was the first serious emergency in space and although the mission ultimately ended safely, the spacecraft was forced to splash down early because the re-entry system was already expended.

Armstrong also narrowly avoided a nasty accident in May 1968, this time within Earth's atmosphere, while flying the Lunar Landing Research Vehicle — a machine that could fly somewhat like a lunar module and simulate landings on the moon. Fuel for the attitude thrusters ran out and Armstrong was forced to eject just seconds before the vehicle crashed, NASA reported. Armstrong escaped unharmed.